Tasmania is well established as a producer of fresh, premium produce and it’s now becoming more common for locals and visitors to be granted access to the farm gate, cellar door or factory. The goal is for consumers to see and feel firsthand how the state’s sought after goods are produced.

More and more consumers are becoming increasingly conscious about how and where their food is made.  In Tasmania the distance between place of production and the plate is greatly reduced and this presents an exciting opportunity for produce lovers to get up close and personal with their favourite things to eat and drink.

The recent tourism partnership between Barilla Bay Oysters and Candy Abalone is the latest example of such an experience which is fast attracting interstate and international attention.

The two companies joined forces after realising a similar passion to share their products and processes with their customers.

While Barilla Bay Oysters have occupied the current site at Barilla Bay for 35 years, Candy Ab has only this year moved their factory from up the road in Cambridge. The location, adjacent to the Tasmania Golf Club, now provides a one-stop shellfish shop on the Tasman Highway.

The venture was officially opened by Premier Will Hodgman in February. The event attracted international media attention and included guest chefs Mr Li from Singapore and MONA’s head chef. 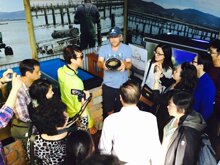 To learn all you need to know about what you’re putting in your mouth when devouring an oyster or abalone, spend an hour at the Barilla Bay Aquarium and Abalone interpretation centre.

If the learning experience isn’t enough then the 6 free oysters (per person!) with every tour should console you.

The tour starts in the retail shop where your taste buds are tempted before you’ve even seen the aquarium. You’ll then follow your guide, or the drool of watering mouths, out to the car park to view a map of the area before entering the aquarium.

Guests can touch the oysters, abalone and even crayfish. The tour is child friendly so be sure to take the kids for an educational odyssey.

Outside the aquarium one of the most simple but effective exhibits of the tour becomes obvious – the path between the aquarium and the Abalone interpretation centre is $5000 worth of crushed abalone shells. It’s a great touch.

The view of the dried abalone in the factory gives a good understanding of the amount of money some people are willing to part with to chow down on one of these muscular molluscs. They retail for well over $1000 per kilo. There’s also a model abalone diver and captivating imagery of the Tasmanian shellfish industry.

You’ll then get shown the beach and the oyster farm that sprawls across Barilla Bay followed by the factory where all the oysters are graded.

Finally you’ll return to the retail shop and eat the six oysters which are included in the tour and ask any questions you have about the delicious creatures you just witnessed.

*All tours include half a dozen oysters per person

The dried abalone delicacy “Candy Abalone” will cost you an extra $12.50.

Once you have the taste for shellfish you might not be able to stop so if you’re still hungry the a la carte restaurant specialises in seafood and oyster dishes and now includes Candy Ab dried abalone on the menu.

Barilla Bay has been exporting to the Japan, Hong Kong, UK, Singapore and US since the late 80s but has built a solid reputation with these markets since.

For Candy Ab it was Mother Nature who presented the dried abalone export opportunity. When the earthquake and subsequent Tsunami hit Japan in 2011 the fallout included high levels of radiation in the sea water which brought their exporting to China to its knees.  Since then a small number of Tasmanian businesses have filled the gap in the market supplying premium wild dried abalone to China. 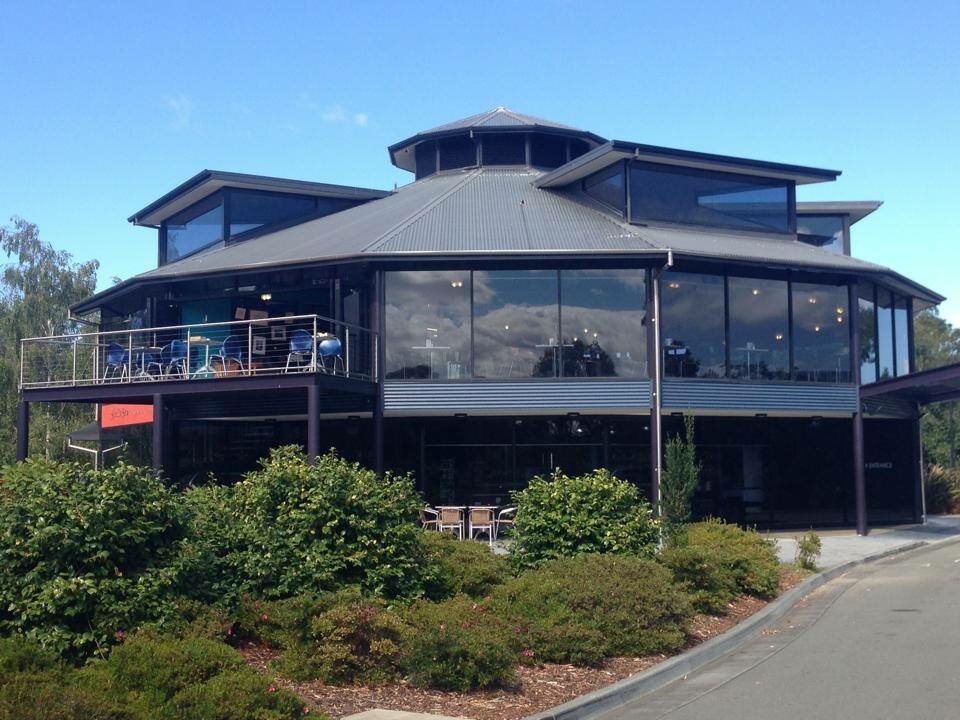 In 1980 Barilla Bay was seemingly begging to become the site of one of Australia’s most renown oyster farms. Its tidal flows, water quality and, smartly, its proximity to the Hobart International Airport.

Justin Goc, General Manager of Barilla Bay Oysters describes the new facility as being designed to give an interactive and engaging experience to local and international visitors alike.

“We’ve invested in this operation to add positive outcomes to the fishing and tourism industries in Tasmania, there’s no other site like it in the state,” he said.

For a state which prides itself on quality produce the Candy Ab/Barilla Bay partnership is sure to provide another string to the clean, fresh bow.

A Chocolate Lover's Guide To Tasmania