When the delicious madness of The Taste has ebbed, when the weather has settled in to somewhat predictable patterns of warmth and when we’ve returned to school runs, spin classes and work routines, there’s a food and wine event that reignites that summery spark among us Tasmanians.

A leafy pocket of Launceston becomes crowded with tents, plastic chairs and port a loos, and hungry punters flock from near and far. It’s Festivale, a brilliant opportunity to eat, drink and dance to the tunes of 90s pop stars on comeback tours. 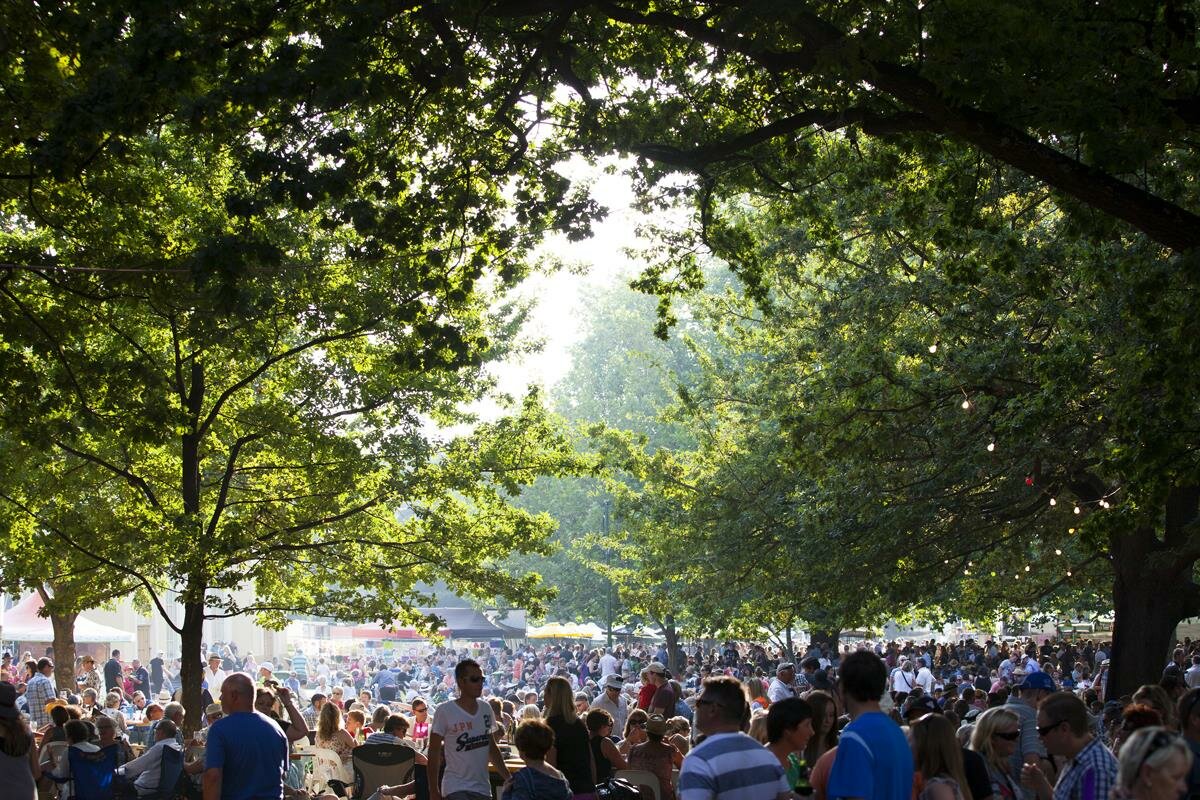 #festivale2016 starts this Friday evening and runs til Sunday afternoon at City Park. Since the event began almost three decades ago, Chairman Lou Clark estimates more than one million patrons have attended.

“It started off very small but in the last ten years has grown significantly...Now most people view it as a celebration of Tasmanian food and particularly cool-climate wine,” Lou says.

Lou says about 70 stallholders will again line up this year to put on a scrumptious show. There’ll be everything from cheesecake on a stick to German pizza to pinot gris poached mussels to smoked venison.

In a nod to its maturity, Festivale now boasts some of what’s fast becoming the toast of Tasmania: whisky.

“Hellyers Road Distillery has been constant for the last few years and is doing very well, having won some awards recently and exporting a lot,” Lou says.

Lou says there’s also been a big increase in the thirst for cider in recent years but lovers of vino will be most pleased with the extensive collection of stalls.

Start your night with Barringwood Vineyard’s Methode Traditionelle sparkling, a gorgeous crisp drop. If you’re still feeling bubbly, have a sip of ’14 Vintage from Wines for Joanie. This itsy bitsy vineyard at Sidmouth makes small batches and makes them good.

Next wine course will most likely be a Velo Riesling then a much-anticipated Nocton ’11 Botrytis. Later before booze service ends at 10:30pm, maybe a pinot noir from Goaty Hill or Reserve Pinot from Spring Vale.

It’s easy to get caught up juggling your plastic cup (purchased on arrival), a bottle of plonk and chit-chat with the fifth person you haven’t seen in aaaages. But be sure at least to grab a plate of sumac calamari (stall 51) or pulled pork taco (stall 28) to soak it all up.

Deserving of Hall of Fame plaques, plates of tempura mushrooms (stall 75) and raspberry panna cotta (stall 69) again make a return but it seems there’s a few new kids on the block.

The guys who know their nuts, Hazelbrae, will also introduce hazelnut waffles, brie and oil to event-goers. We’re slightly disappointed the company’s sublime nougat apparently won’t make an appearance, but suppose we can cope with hazelnut dukkah and dipping bread.

Most of the time Festivale stallholders are more than happy to discuss their produce, what’s best to buy and how they’re grateful the rain stayed away. So be sure to have a chat and if you really did enjoy what they’re serving up, tell them exactly why. A lot of these stalls are small operations busting to share their local fare with a big audience - another reason to get along to the Park.

We’ll be off to Festivale on Saturday and Sunday afternoons, and can’t wait to mingle beneath the trees with a plate of tucker.

Along with food stalls, Kate Ceberano and men on stilts, there’s also master classes and wine judging. For a full run down of what’s going on and when, check out festivale.com.au.