Hobart Brewing Company is gearing up to throw open the doors of its new Hobart tap room and brewery. The business is a passion of its co-founders, Scott and Brendan and is derived from a love of flavoursome beers and Hobart's rich brewing heritage. They've taken a moment to reflect on Hobart's past as an Australian brewing giant and their latest contribution of bringing brewing back to Tasmania’s capital with a new central brewery and tap room.

A Land of Hops and Barley

It did not take long for European settlers to discover that Van Diemen’s Land offered ideal conditions for the growing of hops and barley. Brewing flourished as a home pursuit from the early 1800s but by 1820, a number of commercial outfits in the north and south of the colony were taking advantage of its reliable grain supply and immaculate water. During the 1850s, Hobart Town was home to no less than seventy breweries turning out a variety of magnificent beers. 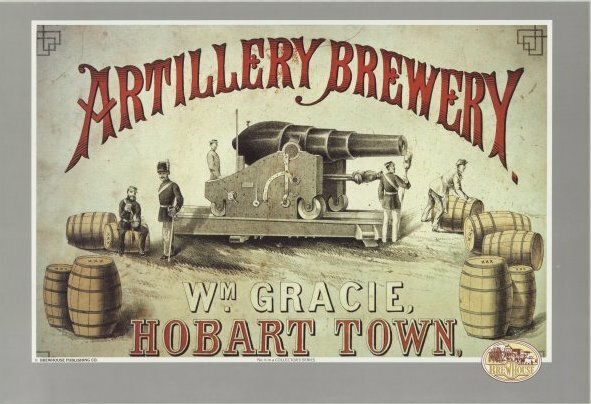 Scotsman James Whyte pioneered the Tasman Brewery in Liverpool Street from 1820; his “Tasman’s Stingo” was considered better than both the imported stuff and colonial beer brewed on the mainland. By the mid-19th century the Artillery Brewery on Gore Street lead the colony wide surge of breweries.

The fast-growing metropolises of Melbourne and Sydney shared in Tasmania’s fortune; many was the Collins or George Street tavern that proudly advertised the presence of a “Diemen” ale, stout, or porter. Already famed for its superior produce, Hobart spent the second half of the nineteenth century synonymous with outstanding brewing practice.

It was a golden age that would not endure. Owing to a range of factors, the number of Hobart brewers steadily declined until Tasmania’s renown as an ale mecca was consigned to history. By 1932, the ascendancy of two statewide breweries (answering to a single corporate master) resulted in an almost exclusive focus on the brewing of lager on an industrial scale.

Happily, the global beer renaissance of recent times has resonated with especial force in a region that retains its hop and barley heartland and impeccable mountain waters. Small independent breweries are finding a burgeoning clientele of drinkers who are increasingly interested in exploring the craft beer universe, and highly receptive to products that reflect local flavour. From Railton to Scottsdale in the north, across to the wine country of the east coast, and through to the hop-rich farmlands of the south, independent breweries are flourishing throughout the State.

HBC – The Golden Age of Hobart Brewing is Back

Hobart Brewing Company (HBC) is born of this yeasty upsurge, inspired by Tasmania’s natural advantages but shaped by the vital outside experience of Scott Overdorf, an American brewer who learnt his craft in the shadows of the Colorado Rockies during American's own brewing renaissance. The co-founder and head brewer of HBC loves the fact that Tasmanian ingredients are fuelling innovation in markets much further afield. “In recent years, the craft beer revolution in the United States has contributed to the rediscovery of Tassie's superior hop farms. While many Australian breweries are taking their lead from the thriving American market of pales and IPAs, the Americans – conversely – are showing a keen interest in Tasmanian hops.”

Partnering with local beer lover Brendan Parnell, together they share a passion that has been built into HBC’s commercial DNA; a 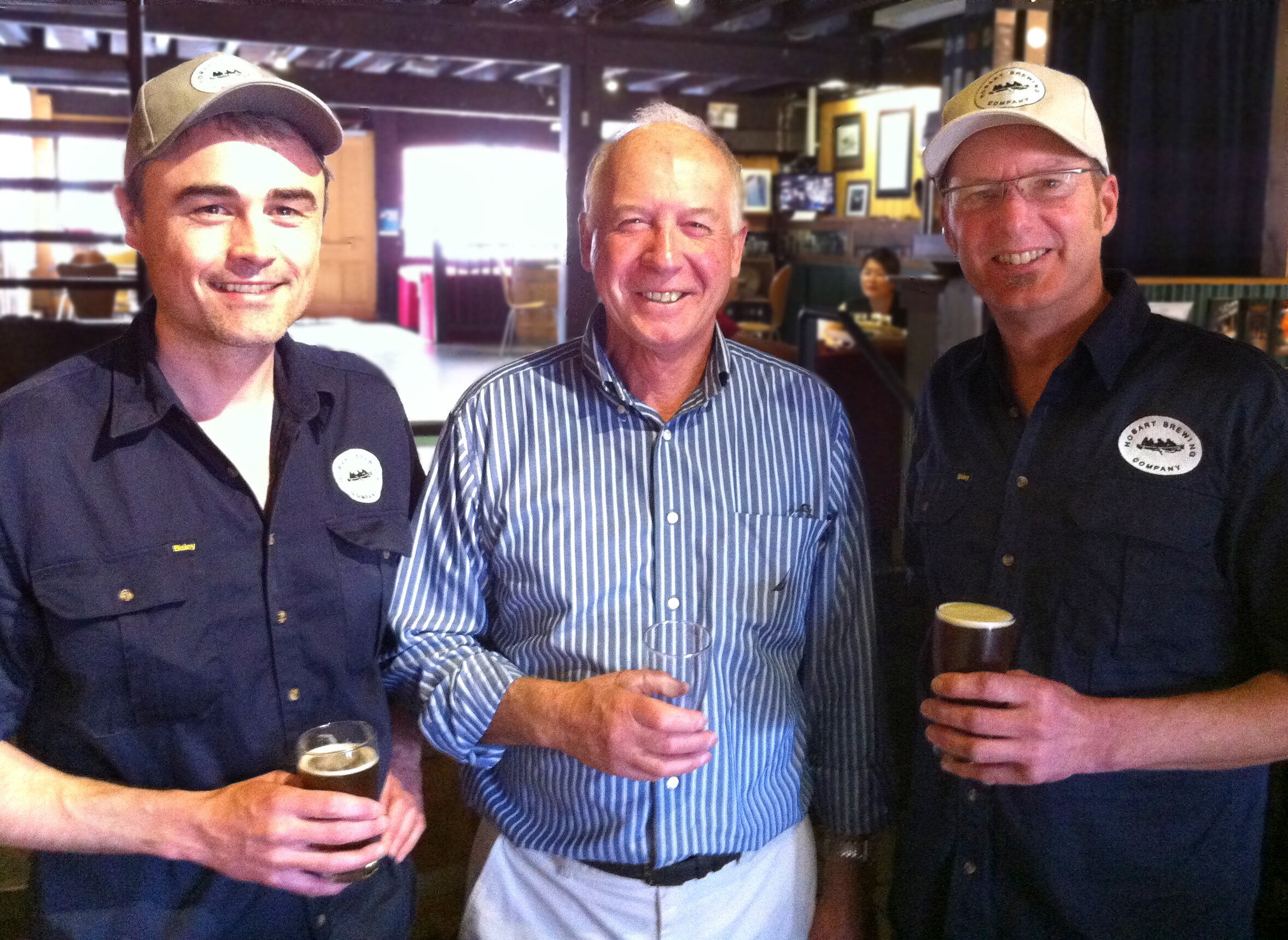 determination to celebrate the Derwent Valley’s pure water, varietal produce, and ideal conditions for brewing superior beer. The company has already launched its Harbour Master Tasmanian Ale (an easy drinking and tasty 4.4% brew using three malts and four hops), and is currently developing a product range that speaks directly to Hobart’s rich heritage of a variety of ales, stouts and porters.

With HBC’s central Hobart brewery and taproom opening this year, Scott and Brendan are definitive about HBC’s capacity to contribute to the state’s thriving independent beer scene. “Like the maltsters and brewers of Hobart yesteryear, our vision is modest: to produce flavoursome beer that reflect a uniquely Tasmanian identity. In 1855, beer drinkers around Australia knew the quality of Vandemonian beer – it’s a discovery we know they’ll want to make all over again.”

Note for beer lovers: Hobart Brewing Company's 'Harbour Master' can be found at a number of locations around Tassie (and soon, beyond!). You'll find it at the Fluke & Bruce, New Sydney Hotel, The Weldborough Hotel, Bar 55 (Salamanca), Irish Murphy's and The Pumphouse.  You may also strike gold at Jack Greene, Preachers and The Winston as these watering holes rotate Harbour Master through their range.  Further to these, The Gertrude in Collingwood will have it on tap for May as part of Good Beer Week.

You can stay up to date with Hobart Brewing Company on Facebook here: www.facebook.com/hobartbrewingco